You are here:
Alzheimer’s Disease 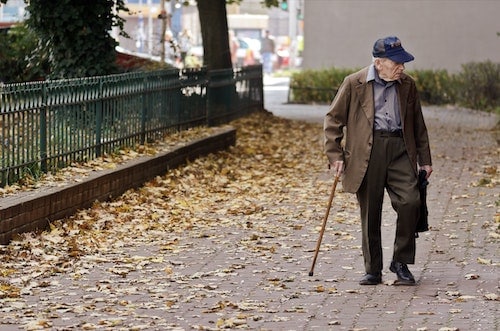 There are many risk factors for developing insulin resistance which can feel overwhelming and unavoidable. The good news is, several of these risk factors are modifiable. Discovering ways to help combat insulin resistance to help reduce the risk of Alzheimer’s disease – or even reverse effects – brings new life to current treatments.

Dr. Dale Bredesen of the Buck Institute for Research on Aging has developed the ReCODE protocol to help those with Alzheimer’s fight back – and one piece of the treatment puzzle is reversing insulin resistance.

What is Insulin and Insulin Resistance?

Insulin is an important hormone your body uses to regulate blood glucose. After eating simple carbohydrates such as sugar, your body breaks it down into glucose. This triggers your pancreas to release insulin. Insulin helps guide glucose into the cells so it can be stored and used as energy.

If you have excess glucose, your pancreas responds by increasing insulin production. Over time, your body gets used to the excess insulin release and can become resistant to its effects, hence the term insulin resistance.

Certain risk factors can increase your chance of developing insulin resistance, such as:

Most people don’t see symptoms of insulin resistance occurring until they develop symptoms of diabetes – fatigue, brain fog, frequent urination, and excessive thirst. However, there are blood tests available to check your glucose levels (such as hemoglobin A1c) to see how well your body is regulating glucose.

The Damaging Effects of Insulin Resistance

Insulin is the gatekeeper to move glucose from your bloodstream into your cells for energy. Once your body becomes resistant to insulin, glucose will find other places to go – including attaching to certain proteins. This can change the appearance of the protein, making it difficult for your body to recognize.

When your body can’t identify something roaming around within it – an immune response occurs to fight the unknown invader. This causes your body to make antibodies to fight your own cells.

When glucose attaches to other cells, altering their characteristics, they’re called advanced glycation end products, or AGE products. AGE products not only make certain protein cells unrecognizable, but they can also cause free radicals to form. Free radicals damage DNA and cell membranes, which can put you at risk for Alzheimer’s disease.

Another major way in which insulin resistance contributes to cognitive decline and Alzheimer’s disease has to do with how insulin is broken down. Insulin must be broken down to prevent your blood sugar from dropping too much.

Insulin-degrading enzyme (IDE) is an enzyme which breaks down several targets:

IDE can’t break down all of these structures at the same time.

In someone with adequate insulin sensitivity, there is a balance of these structures and IDE can properly break down each one effectively. If IDE is busy breaking down an excess of insulin in someone who is insulin resistant, a buildup of amyloid can occur.

Amyloid is the key component of the plaques which destroy the synapses in someone’s brain with Alzheimer’s disease.

An increase in amyloid can occur if you’re insulin resistant, which is why evaluating and addressing your insulin resistance is so important. Restoring insulin sensitivity is paramount in preventing and treating Alzheimer’s disease.

Now that the research shows the connection between insulin resistance and Alzheimer’s disease, we can find better ways to combat it.

Restoring metabolic balance is a key part of the ReCODE protocol – starting with insulin sensitivity. Insulin resistance can potentially lead to memory impairment and may contribute to neurodegenerative disease development, such as Alzheimer’s.

Foods to limit with the Ketoflex 12/3 diet include:

Foods to increase with the Ketoflex 12/3 diet include:

If you are in the Kansas City area, Dr. Paul Reicherter or DR. Jessica Jellison at Jellison Integrative MD can help. Please contact our office today or call (913) 568-0608 to schedule an appointment.

What Happens in Your Gut Doesn’t Always Stay in Your Gut – Alzheimer’s and the Microbiome
December 17, 2019